Apparently it's called the Triad EX-3 and is that Elite "Jolt" we've been all coo-ing over. Why it's called the Triad is it looks to hold THREE darts(albeit only shoot one) ; and it looks pretty tough too. There's a video from youku after the jump- of course it's in chinese and the fella who owns the gun is obviously pretty young, but it gives you a good idea. Cheers Jason for the lead! 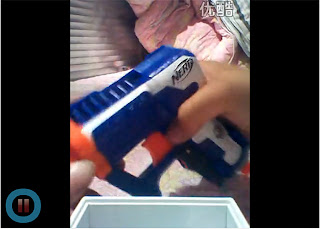 And a few more pics from Baidu 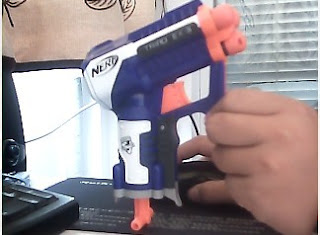 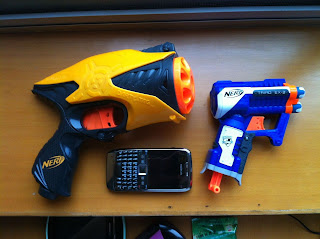