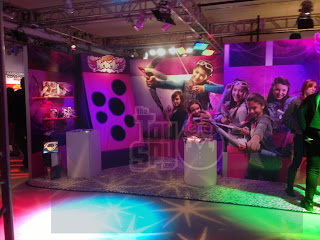 Pics courtesy of the Toy Spy, but various sources all over the webs are buzzing over news from the NYC Toy fair, offering more info in the upcoming Nerf Rebelle line. It actually looks pretty cool; check more images after the jump as well as the Toy Spy's interview with 'Caitlin' who showcases the new phone app cradle, much like that found in the Lazer Tag Augmented Reality line.

Also featured is the new 'Blazin' Bow' - which seems to feature the N-Strike logo and uses foam arrows unlike the Rebelle Heartbreaker which shoots Elite darts. 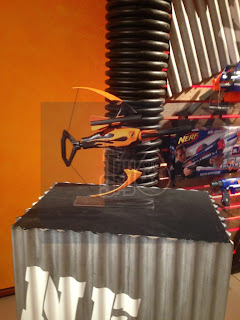 Vortex looks like it's back, sans the gawd awful original green shells and replacing them with the much favoured white red and grey. Most of what appears in the below pics look like reshelled blasters, but I do like the look of the one on the table:) 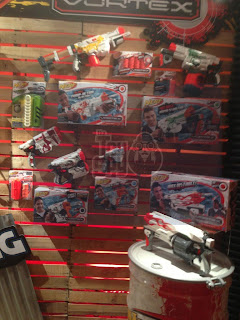