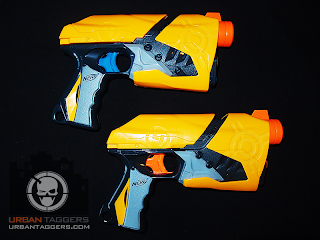 Last year's revitalised Dart Tag series from Nerf brought several new players to the game, including the single fire Sharp Shot- a fan favourite aesthetically but with very unremarkable (well rubbish) performances.  An interesting move from Nerf is to re-release it with a few minor aesthetic changes (blue rather than orange accents) and allegedly a performance factory upgrade. How much of an improvement? Well we picked one up from our local Target to give it a go. And.. a rare move by us- we cracked it open:D Internal pics after the jump:) 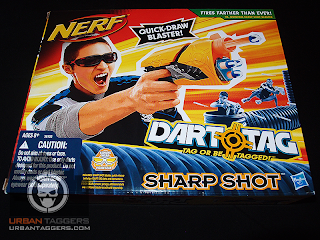 The Sharpshot comes in a very similar packaging to the original blaster; the blaster, four darts and a plastic quick release belt clip carabiner thing:) 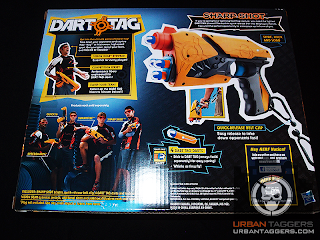 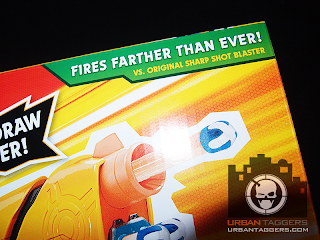 Packaging suggests it "fires farther than ever" compared to the original. 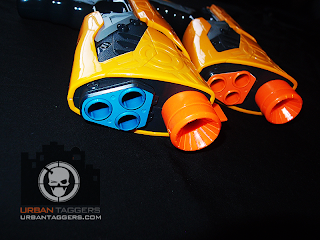 The casing is the same as the original Sharpshot; what differs aesthetically is the use of blue rather than orange to differentiate it from the original blaster. I personally don't find the blue works AS well, but it's not a show stopper. Other that that, it's pretty much the same. 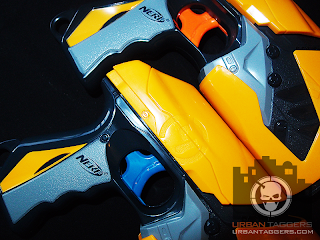 The Belt clip is a novel, if not rather useless idea so you can attach it to your pants and then quick release it with a pull. However, I found the plastic wasn't strong enough and often you yanked the whole clip off rather than it releasing. Also I've yet to see anyone feel comfortable with running while the Sharpshot bounces away and potentially can injure a fella:P 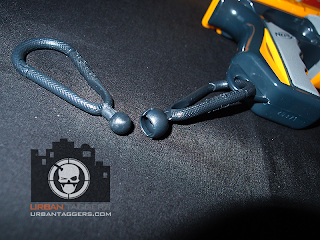 Soo.. here's what you're all interested in knowing- 1) What do the insides look like, 2) does it really shoot further than the original, and 3) HOW? So we cracked it open. The internals are.. unremarkable, but the source of the extra power is clear. It's the spring. 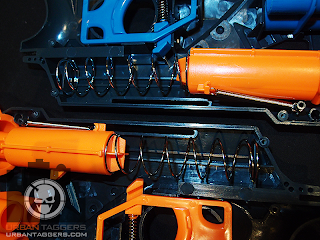 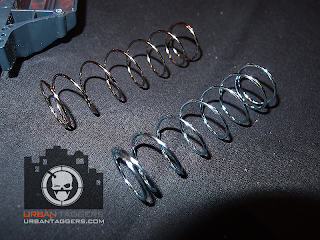 14 bucks at Target. Worth it? It's a single shot, so if you like the way the old Sharpshot felt, then sure pick one up because the updated spring definitely makes a difference. Personally, I still think you'd be fine with a cheaper and more powerful Nite Finder- but the Sharpshot DOES look cool.

What I like the most is it shows Nerf are considering more powerful springs.. interesting:)
Posted by Pocket. Esq. at 19:25