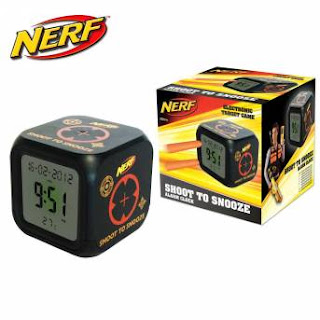 Shooting your alarm clock isn't a new idea; there have been novelty alarm clocks around for a while that can do this.. but not one from Nerf:D A cube shaped alarm clock that comes with sensors in a cross hair design on the side and top of the device; looks like if you want to sleep in, just see how well your aim is when you're half asleep and make sure you don't shoot your significant other, child or cat in the process:D

Blasters or darts aren't included, but it's a novel idea. Due out in September apparently for around 24 bucks :) 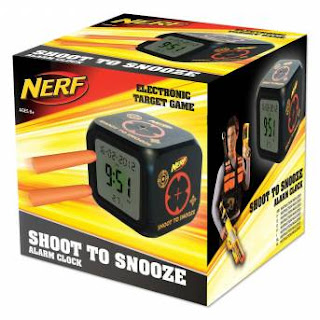 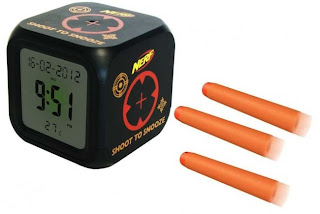