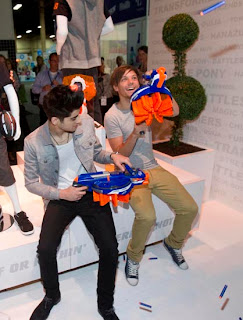 It might not be officially out till September, but if you're gonna showcase your latest and greatest blaster before launch, you might as well do it in the hands of a quirky Australian blogger the hottest pop music sensation in the world today. Brit boyband One Direction have a pretty good relationship with Hasbro, getting their own dolls in their likeness and now seen with the upcoming new Hailfire at a Las Vegas expo. 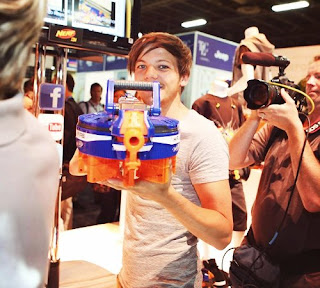 Depending on the angle, it can look like quite the beast... or maybe the boys are just really small:D 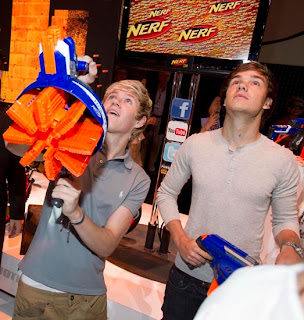 Not the first time they were spotted with Nerf blasters- here at the Men In Black III premiere: 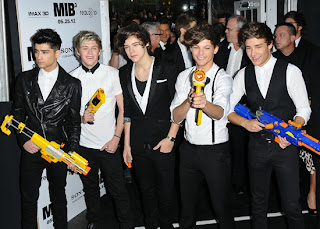 Thanks to our man Jason for the lead:D
Posted by Pocket. Esq. at 14:30