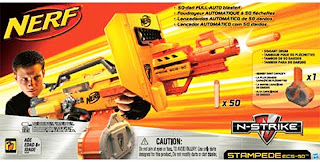 If you've been following us since the early days of UT, you'll remember the original talk regarding the release of the Nerf N-Strike "Stampede ECS-50"- some people even had original Stampedes with the "ECS-50" name plate on the side, though the '50' never actually made any sense. It started to of course, with some strange box art that emerged (as seen above) and we wrote about it way back in December, 2010. To date, it's one of the only rumours we've covered that never came to fruition, even despite it popping up again in March 2011 and even January 2012. Many sources (even official ones!) revealed it was just an idea that wasn't meant to be... 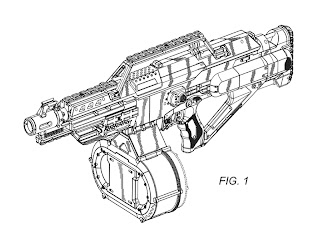 So why mention it again you ask? Well! What seems to be circulating like wildfire (though I attribute it to our pals at the Canberra and Southern NSW Dart Tag crew's Facebook page) is the patent doco regarding what looks like a Stampede with.. yup you guessed it, a FIFTY ROUND DRUM. Some pretty detailed pics of it, in a patent that was filed back in 2010, but seems to have only recently been approved...

More pics after the jump, or check out the actual patent doco here. 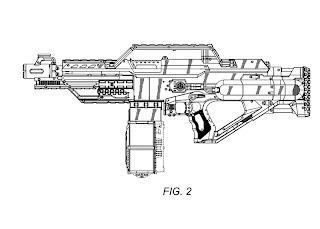 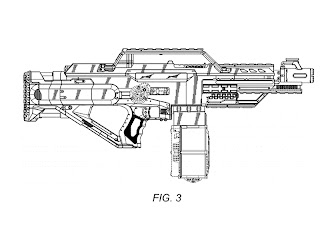 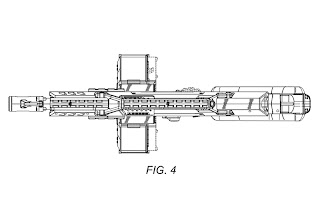 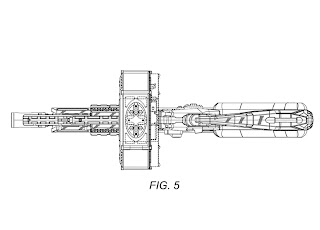 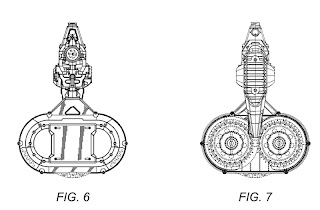