Rant: Is it REALLY "Nerf or nothin'?"

Over the last few years, new blaster lines have come and gone; they've all at the time emerged as an innovative new product hoping to claim their stake in the competitive toy blaster market and to make more than just a tiny dent in Hasbro's considerable presence. It's been a tough run though; even when good gear is released from a Non Nerf manufacturer and fans praise it, it serves as more of a novelty or "something different" for a short time before fans run back to Nerf and the gear is no longer of use.

With Nerf being not only the dominant brand, but also the default name for any type of blaster these days (Parents especially are schooled pretty darn quickly when they dare to get their kid something that's NOT Nerf- Cosmic Thruster aside!) there's not really a whole lot of reason for a fan to get anything else. So what is it that makes fans so loyal? Is it based on solid arguments or are we all just sheep? Let's explore this...

Fans are rather unforgiving these days and are pretty specific about what they want. There's always a strong emphasis on greater distances and amazing aesthetic design and are they're unwilling to compromise on either.  Rival toy manufacturers take this feedback quite seriously and incorporate these ideals in their new blasters to the point that in my opinion many of these new lines have been successful in achieving both, yet have fallen into obscurity after fans fail to adopt them. Until recently I can't think of any instance where a foam dart blaster that WASN'T from Nerf has really generated significant buzz, at least enough to be considered a real contender as a fan favourite. I myself was quite impressed with the X-Shot Turbo Fire and it was actually quite well received in the community for a short space of time.  Buzzbee's Rangemaster and Panther models had a lot of positive press.. but then after a while we stopped hearing about them. 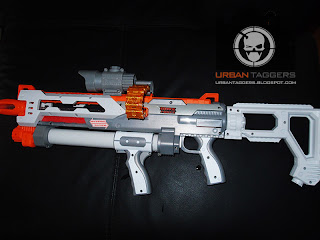 So maybe the stranglehold is too great you might suggest? Perhaps, the solution is if you can't directly compete, perhaps try changing the game? There are those who therefore try to develop blasters that use alternative disposable ammunition other than foam darts. Everything from the Maya Group's Xploderz range that used ammo similar to the wet balls found in flower vases, to Jakks Pacific's Max Force (I still think the Terrornator was one of my favourite pieces in my war against Pigeons) that essentially used 'spit wads'- both lines were pretty impressive as far as ranges and performances were concerned and looked pretty darn cool, but the criticism of them was they didn't have working triggers. Maya then released Blaster Pro which had all the pluses of the Xploderz line but now with fully working triggers. They would have every reason to believe they hit a home run there, right?... Well given they never came to Australia, I can't say for certain how successful they've been but I'm guessing not very:( Disposable ammo makes a LOT of sense in theory, but in practice we just don't seem to like the idea of paying money for ammo we have to throw away. 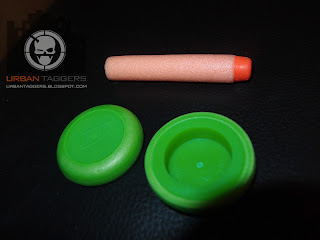 The only alternative ammo to darts I think seems to be accepted is the XLR disc from.. Nerf's Vortex line. I wonder sometimes if these DIDN'T carry the Nerf badge but were a totally different brand whether they would be so popular- Nerf were so successful and aggressive with the foam dart being the ammo of choice that I still find the community aren't completely sold on Vortex, as much as it  nails everything fans have said they wanted. 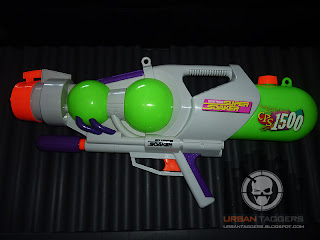 The dominance of foam, and in turn, Nerf may be at an all time high and it's interesting to see even established lines from the past dropping in interest too. Attempts to resurrect home laser tag to its glory days of the 80's have been quite average at best, and water guns are nowhere near as exciting as they were in the 90's and probably at their lowest as far as innovation is concerned. And Nerf fans are a loyal bunch- laser tag and water gun fans will generally love foam darts too, but not the other way around.

I for one LOVE variety and I love competition- I believe you need it to push boundaries and promote innovation and yet even I admit as much as I dabble in other blaster lines, I have to say Nerf's on the whole had the bulk of my business to date. SO maybe we need to focus our analysis on what Nerf do RIGHT.

First and foremost- it's a quality product. Other blasters tend to feel cheap with low grade plastics and poor designs, with details that are often merely rebadged stickers and shoddy paint jobs. Nerf blasters always look good, they're well made, all follow a design identity that makes a Nerf blaster look distinct from everything else. And more importantly performances are consistently good stock out of the box (although these days other blasters are quite comparable..but noone seems to care!).

Then there's their big bucks marketing. Nerf has done well to develop a strong identity, not just in the blasters but the image surrounding them; the very clever "It's Nerf or Nothin'" catch cry very aggressively throws the gauntlet down to other manufacturers that they're up against significant resistance from fans and influences the market greatly. While I've always been somewhat critical of their somewhat awkward outdated marketing decisions, they're a big company so they've got the bucks to definitely be the biggest, brightest and loudest of all toy companies. The only real way to compete with a massive company with a phat marketing budget would be for SOMEONE out there who actually understands alternative media (social media for instance) and how it works to win fans over; unfortunately to date no toy company can really say they've done this that well so it is no wonder the biggest and most funded can dominate the market.

There's also variety- which Nerf have in spades. The toy blaster climate has actually changed a LOT, just in the past few years. Hasbro's done a pretty darn good job and flooding the market with a LOT of Nerf branded choice, and with new models coming out so regularly, they're making it really difficult for any other manufacturer to come up with anything to meet any market gaps or afford to compete on the same playing field.

Even rival toy companies with the dollars and power to compete on the same playing field (like Mattel for instance) are strangely refusing to compete. It's a far cry from when I first started blogging about blasters in 2010 where there wasn't a WHOLE lot of choice in the Nerf range (especially in Australia) and fans pretty much grabbed whatever they could get- as long as it shot a dart reasonably well it made the grade. There was a lot more Buzzbee floating around in those days; stuff you rarely see at games today.

There's also the price- Nerf blasters have also come down considerably in price over the past few years- Recalling the days of 120 dollar Stampedes and 79 dollar Longstrikes, we're now almost half of that in today's market- whereas many of the other blasters are lacking the reputation but still being priced consistently higher.
So many fans in Nerfland are completionists- they're so keen to get the latest big thing that even if they don't like it, they'll still buy it. If I want to be brutally honest, half of my Nerf collection never sees light of day including more recent efforts like the monstrosity that is the Hailfire. And yet  I can bag it out and think very little of it and.. Hasbro still wins as I still have two and paid quite a significant amount to import them to boot!

Taking a look at the toy aisles, and Nerf really owns the shelves in spades, and are more than deserving of the king of the hill title. But That being said.. are fans getting a little bored these days? Is there a window where even as grown ups, we'll only really love toy blasters for a certain number of years before we decide to seek more or move on? Do we require more to keep us interested and actively seek innovation and alternatives like the way die hard Apple users are starting to stray from the iPhone and enjoy Samsung's and HTC's these days? Or are we still in the era of "Nerf or Nothin'"?