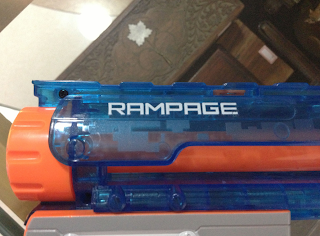 Quite a while back in 2010 when Nerf were churning out bootloads of repaints of their N-Strike blasters, we made a comment that what we thought would look REALLY cool:

"I'd like to see translucent blue actually, that'd look priddy:)"

Well bless their cotton foam socks, Nerf have done exactly that and it looks like they'll be releasing a new translucent blue version of some their Elite blasters called "Sonic Ice". At this stage here's a bootload of pics after the jump serving as confirmation of the Elite Rampage courtesy of Baidu user Wei Ping, and the mysterious translucent blue stock floating around on Baidu suggests the Retaliator will also get the Sonic Ice treatment as well.

If previous repaints are any indication, we should see something like the Strongarm and the Firestrike possible getting the Sonic Ice treatment too, but that's just me speculating. What do you reckon would make for a likely blaster to be released in translucent blue? 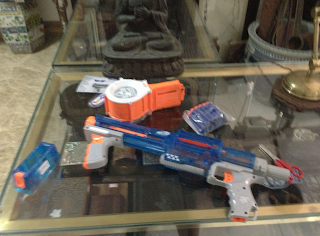 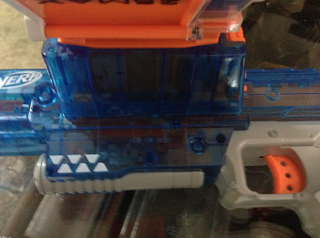 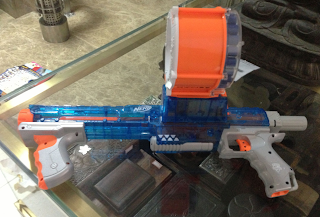 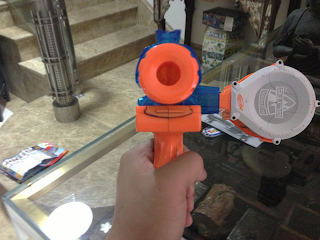 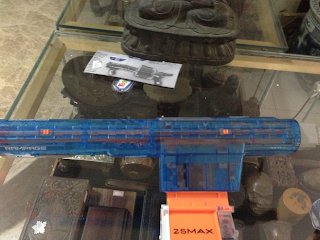 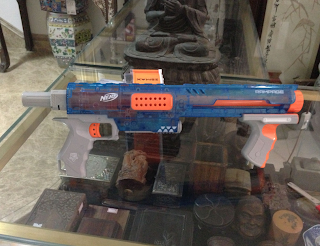 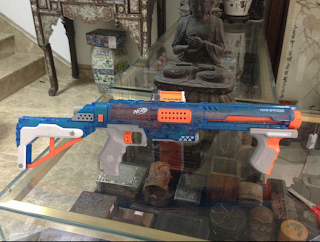 And some box art courtesy of My Last Dart:- 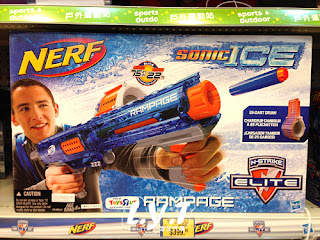 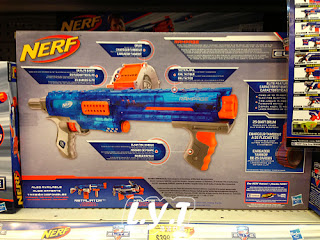