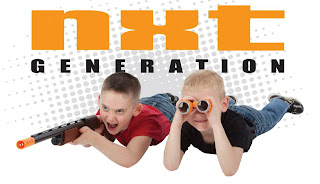 Most toy manufacturers have been very sensitive about the association between their blasters and real life guns.Killing? There's no killing here. And they're NOT guns, they're blasters.... Well not NXT Generation; this American toy company gets straight to the point and suggests:

"the next generation is our future; they will be the ones to protect the environment and the great sport of hunting and shooting."

I've never really heard of them before; I'm not sure how well this sort of marketing would go in Australia, but I was curious and did some research. Findings after the jump:) 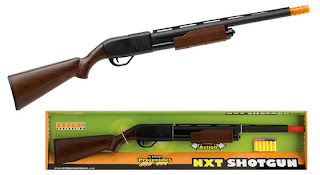 Their range attempt to look pretty realistic but their primary blaster is the NXT shotgun, that comes with three velcro darts and three suckers. It's pump action single shot by the looks of it. and no bright colours or weird names here. Nope, it's a shotgun, and it's made to look like one:) 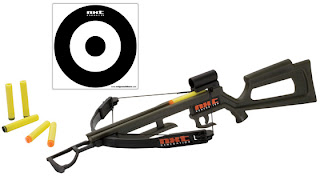 They also do bows, both longbow and cross bow varieties. 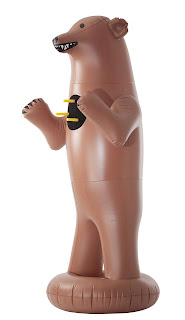 Now the targets. We're talking genuine simulated hunting here- you can get a variety of inflatable targets to shoot at- be it a bear, deer, wild pig or even a turkey:) 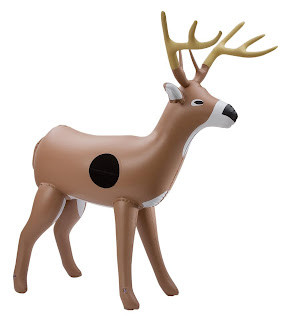 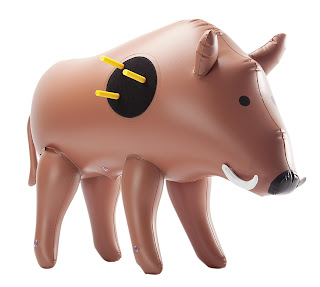 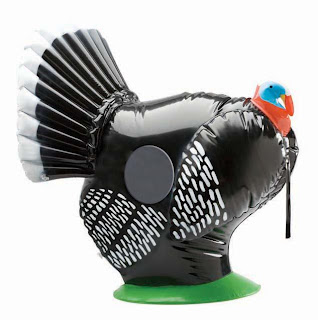 And it appears they've been very quick to respond to Nerf's Rebelle line (or perhaps they were even first to the mark for all I know) with the aptly named "NXT Generation Girlz" line, although they're basically the same gear as the regular one, only pink. 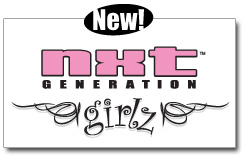 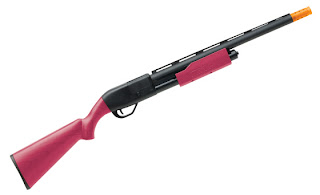 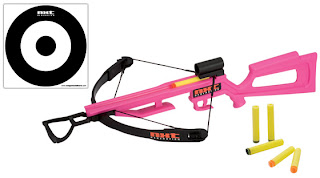 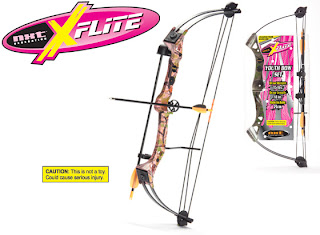 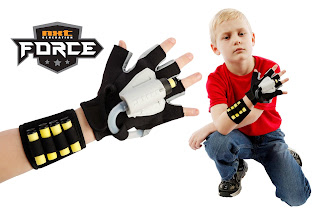 This sort of deviates away from the realism of their gear though, and I guess the idea of a single shooter on your hand is kinda novel?

I'm a little unsure how I feel about these. They pretty much pull no punches and come right out and tell us they're about simulated hunting and replicating real life shooting. They're basically about teaching about firearms to an extent. Is this a good thing?

I'm not convinced. Still.. another line of toys to consider?
NXT Generation official site
Posted by Pocket. Esq. at 10:30