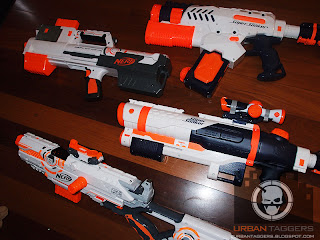 Since the Whiteout series was announced, there's been much speculation about how cool it'd be to mix and match the attachments from the Whiteout blasters with the new 2011 Super Soaker line. We've been lucky enough to have the full suite of both lines, and were looking forward to doing a whole lot of mix n matching.. right?
Well.. sort of. Firstly, although both blasters are predominantly white, they do use different colour palates- mainly the navy blue with the Super Soakers vs the grey and black of the Whiteout series. The attachments don't clash, but they're not an ideal match either. Secondly, Nerf's choice of blasters for the Whiteout series looked awesome in the scheme, but aren't really compatible with the Super Soakers. None of the Whiteout blasters accommodate the regular Raider/Recon stock- Longstrike and Deploy have their own unique stocks, and the Maverick and Nitefinder don't have the attachment. In turn, none of the Super Soakers can accommodate the barrel attachment of the Longstrike... so really, all we're really left with.. is the Longstrike sight.. and the Shot Blast scope:( Still.. we made do with what we had.. more pics after the jump:) 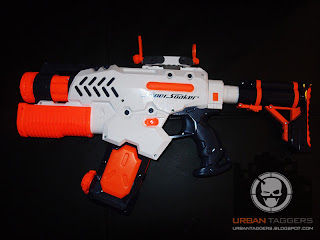 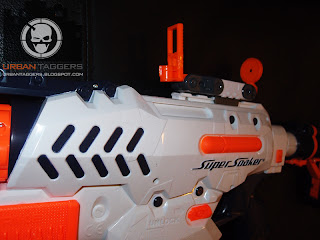 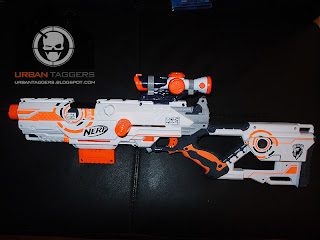 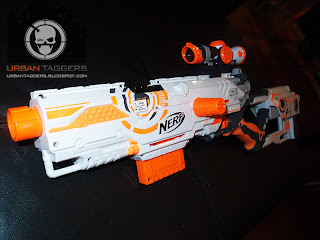 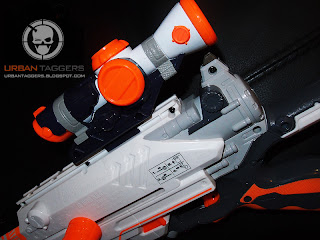 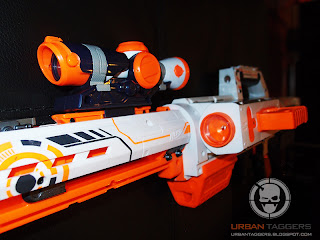 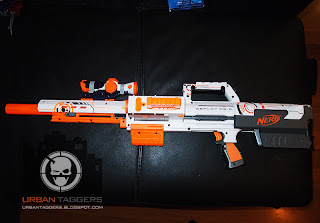 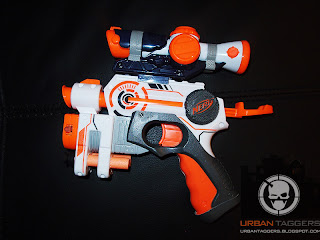