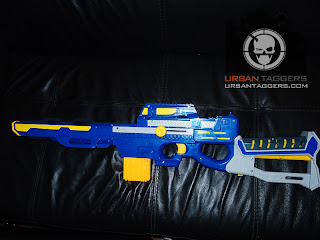 The Air Zone Quickfire Sniper is a new addition to the Quickfire range, being compatible with the clips from Quickfire 6's and basically taking design cues from a whole bunch of different tilts, from the Nerf N-Strike Longstrike CS-6 to a P90 submachine gun/compact assault rifle. It comes with removable stock, barrel extension and scope, but when attached the whole unit is really rather.. long:) 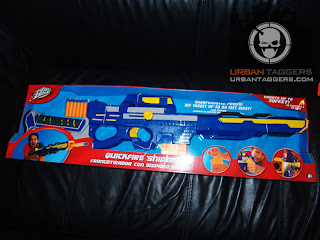 In box, the Quickfire Sniper comes with all accessories attached, making the box considerably large. It's an open box package, with the blaster and attachments, a 6 round clip and 6 foam darts. Packaging design is typical Air Zone stuff with a cheesy kid in the corner holding said blaster and looking really surprised:) 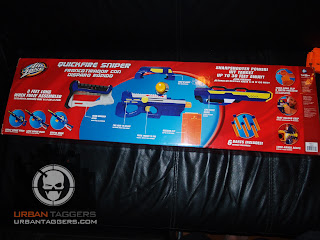 The Quickfire Sniper is quite solid and robust, made of a thicker and denser feeling plastic to Nerf blasters. It's quite impressive kit, and when you break it all down it gives you several custom configurations to choose from. The manual suggests a regular mode, a long range mode and a sniper mode, but it's pretty much all for show really; as with the Longstrike, this blaster isn't any more of a sniper than any other foam dart blaster really. 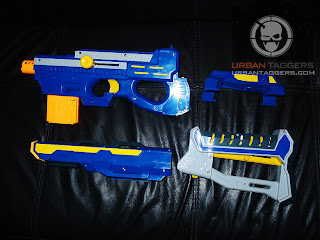 The Sniper uses a bolt-action priming mechanism; its already attached in the box so there's a hole in the back of the packaging for the bolt to stick out of. It's quite a stiff mechanism to use but it works ok. 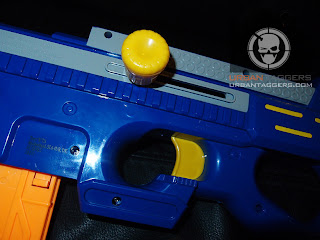 The Sniper also comes with a barrel attachment; connecting it makes it look a lot more sniper-esque, but without it the blaster is quite snubbed and sub machine gun looking. 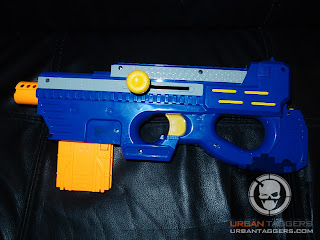 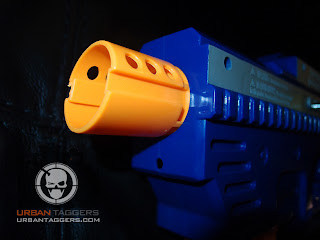 The interesting thing about this barrel attachment is you can attach the barrel in any way, thus you can choose whether you want the attachment rails and wings facing up or down. The "correct" configuration is facing down, but I'm not sure it really matters.

Speaking of attachments, the Quickfire Sniper does come with what looks like similar "tactical rails" similar to Nerf's attachments, however to date I haven't seen any attachments to fit them. Nerf's don't fit. 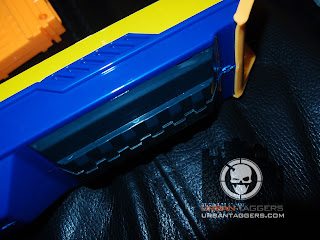 The Sniper comes with an interesting looking scope- it slides on to the top of the blaster via gripping the sides. It has a small hole to look trough and cross hairs to line your shot up; no magnification however. 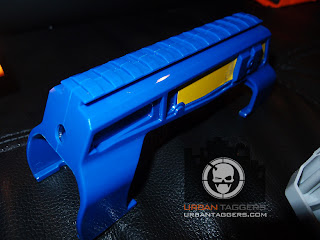 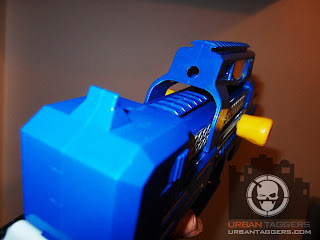 As stated earlier, the clip is compatible with the Quickfire 6 pistols; this is useful given the Sniper only comes with one clip and so far I haven't seen any clips sold separately just yet. 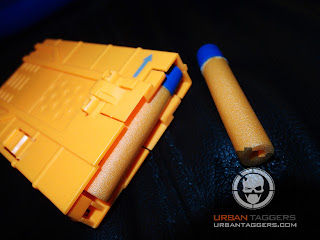 Air Zone darts are slightly shorter than a Nerf dart so unfortunately there are compatibility issues there. Loading a dart is just like with a Nerf clip though, simply insert and push down. The darts are at least a better quality than traditional non Nerf darts and I've slowly grown to like the flat tipped style of them. 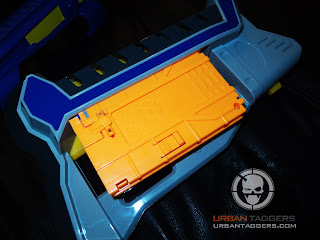 The stock is pretty cool and attaches around the back of the Sniper. Like with the Longstrike, you can attach extra clips which is handy if you got yourself the Quickfire 6 2 pack:) 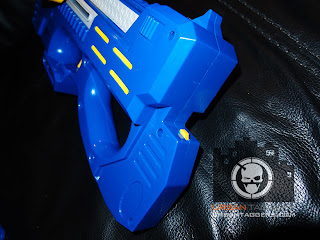 With all of these attachments, it means you can play around with your ideal configuration; hopefully Air Zone will release compatible blasters in the future so there will be maximum customisation. None of the attachments and accessories (the darts, the clip, stock, barrel, scope and tactical rails)  are compatible with Nerf blasters and vice versa and I don't know if it's really worth modding it to do so. 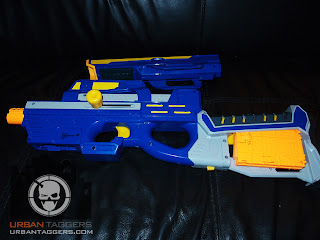 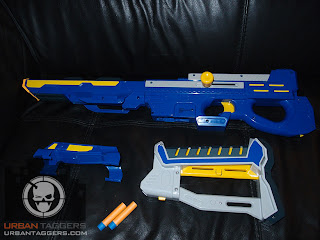 Performance-wise, I actually quite liked the Sniper- It was pretty decent and easily made the standard Nerf set 10metre/30 feet averages, though I could probably accept it be closer to 15metres on a good day. It feels good to shoot and is quite accurate so while you probably don't NEED the scope, it at least sort of lines you up correctly. 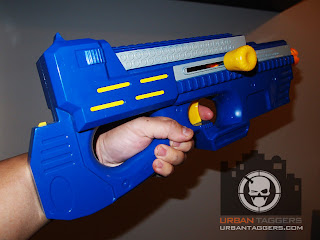 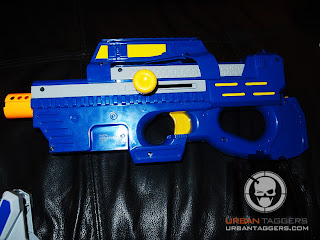 I imported mine from the US, and it wasn't too badly priced at 25 bucks US, though the import fees were a killer and generally Toys R Us seem pretty on the ball with bringing out blasters here in Australia that are available in Toys R Us stores elsewhere. I think it's a pretty fun piece of kit, and I'd recommend it as a decent Nerf alternative, although I find they were a little stingy on the amount of darts that it comes with.

I'm really liking what's coming out of the Air Zone stable these days; I'm hoping to see more innovative gear from them. If you get a chance to, give the Quickfire Sniper a go; it's pretty sweet.