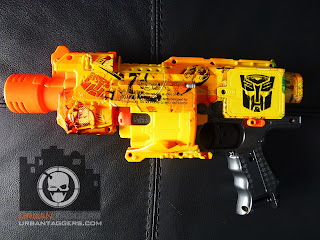 We picked up a 'New' blaster- the Transformers Bumblebee Barricade RV-10:P It's a limited run aimed mainly at Transformers fans and comic collectors rather than Nerfers, judging by the chilly response from blaster fans when Nerf announced it a few weeks ago:P

I personally like it, mainly because I am a Transformers fan and really dig IDW's artwork, which is the house that designed the graphics for this release. Again, the changes are purely aesthetic, so there's not much else I can really say about it other than check the pics after the jump. 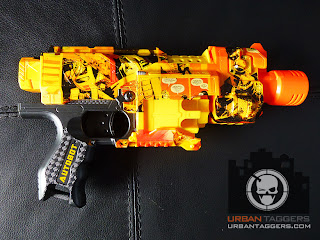 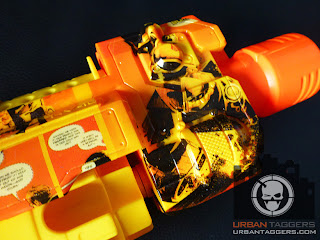 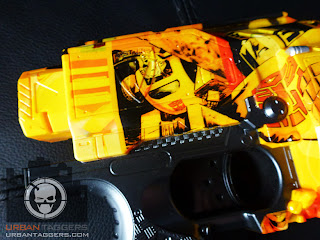 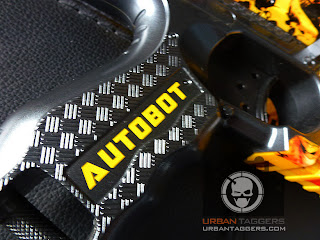 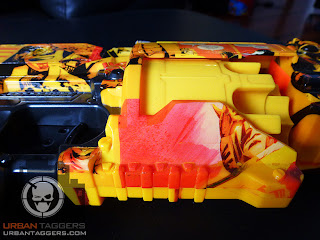 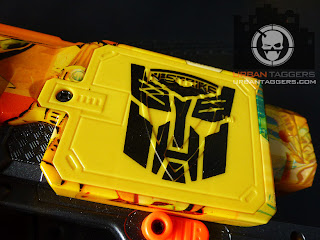 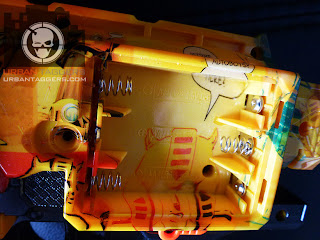