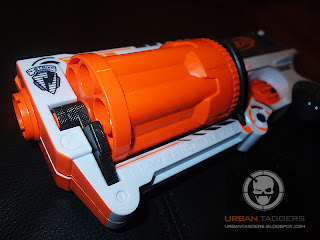 Several months ago, we received a mysterious Nerf Maverick REV-6 in an all new white + grey colour scheme. At the time, we had no intel on it, and we were hoping we'd eventually learn more.. but nope.. nada.  We loved it because it was pretty much our signature colours and drooled at the possibility of other blaster variants in the same white and grey finish. There was speculation that MAYBE this was the new 'gear-up' line, but images of the orange and black striped blasters smashed that theory. 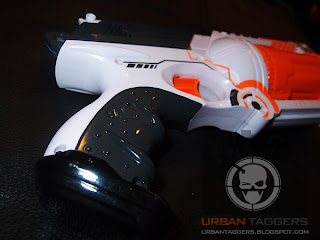 Flash forward a few months and still we're just as in the dark as we were when we got it. What it is/was for, I do not know. I can confirm this ISN'T just a custom paint job- the plastic is actually white and it looks very much factory painted rather than after market enamels.

In any case, it's a good looking design, and just for funsies, I decided to get all arty with my new camera on it. More weird angles after the jump:) 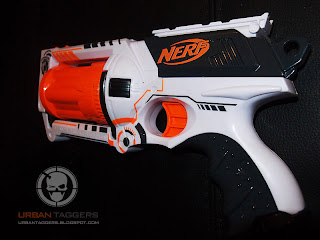 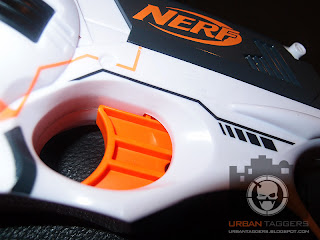 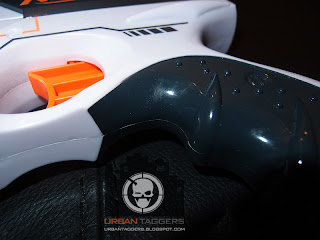 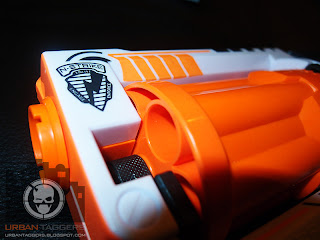 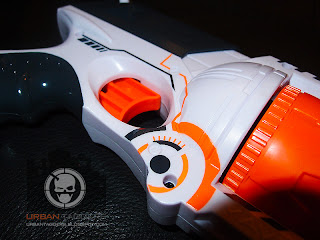 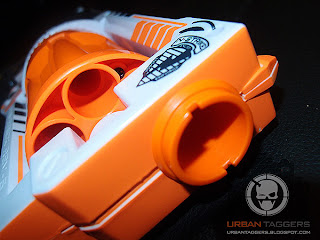 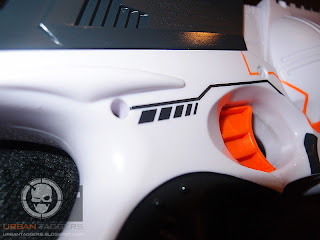 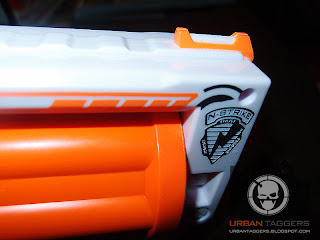 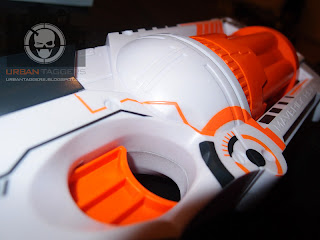 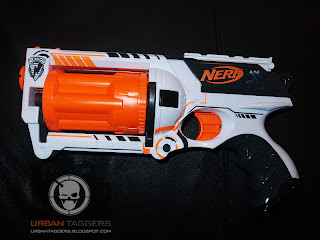